The successful business operation and reputation of TRIUNE Health Group is built upon the principles of fair dealing and ethical conduct of its employees. Our reputation for integrity and excellence requires careful observance of the spirit and letter of all applicable laws and regulations. This would include a scrupulous regard for the highest standards of conduct and the personal integrity of each employee. 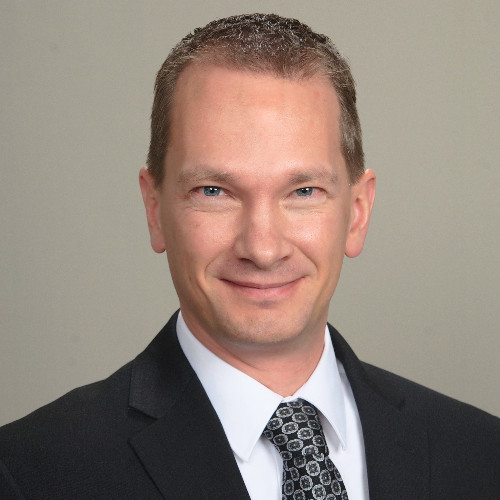 James is a graduate of Loras College in Dubuque, Iowa, where he earned a Bachelor of Arts Degree in Human Resource Management.  While there he also served as President of the Student Chapter for the Society for Human Resource Managers. He worked for several years in Human Resource Management in an industrial setting, before joining TRIUNE Health Group in 1998. James started at the ground level in the Vocational Department as a Job Placement Expert.  From there he took over as Office Manager as well as head of IT.  James led a technology team in the development and implementation of TRIUNE Health Group’s proprietary Case Management and Business Software program known as Life Touch.  James was promoted to Manager of the Medical Department, as his extensive years of experience building teams of people positioned him to help our Case Managers become the medical leaders in the industry. For the last several years, James has held the title of Chief Operating Officer, where he managed all matters of operations, service and customer relations. In 2019, with the blessing of his parents, James took over TRIUNE as President and CEO where he continues to build on his parents legacy with his brother David Yep. 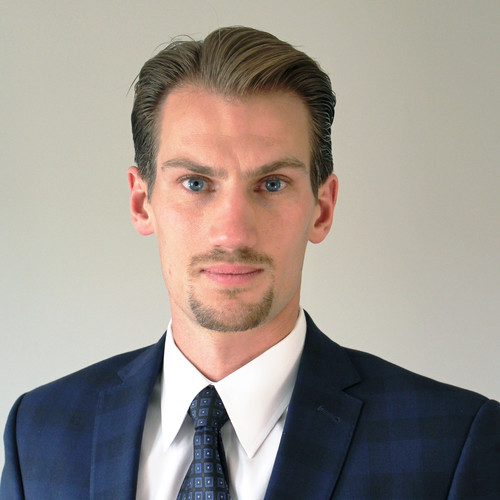 David earned an associate’s degree in classical humanities in Salamanca, Spain, completing his bachelor’s degree in philosophy and liberal arts from Regina Apostolorum in Rome, Italy. Living in Europe for 10 years, he became fluent in Spanish, Italian and German. He completed his education with a Masters Degree in Business Administration from the Acton School of Business in Austin, Texas. His determination to gain outside perspective from the family business and healthcare brought him to leadership roles in both the non-profit and manufacturing sectors, always tasked with and successfully executing on company growth strategies. David rejoined TRIUNE with the task of continuing and accelerating their growth trajectory, assuming responsibility for all business development initiatives and the company’s financial success. In 2019, with his parent's blessing, David leads TRIUNE as Vice-President and Chief Revenue Officer. 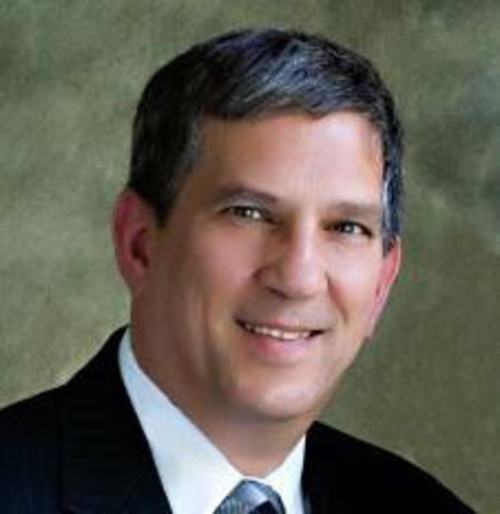 Throughout his entire life, Christopher has forged an ethical and business savvy character which has guided his vision and entrepreneurial spirit through hard work and a driven sense of mission. Throughout his undergraduate studies, and while working on his Master’s Degree in Vocational Rehabilitation Counseling at nights, he was often found working three jobs including a late night paper route at any given time in order to support himself and his young family. Christopher was in his 30s when he and his wife Mary Anne went into business for themselves. With limited resources, 7 young children, and cashing in their corporate 401K, they wiped the dust from feet which had climbed corporate ladders. Launching what would become the first of many successful endeavors into the Employee Benefits market, his forays into Vocational Rehabilitation were soon followed by expansion in the Workers' Compensation and Major Medical Insurance markets. His concept of creating a business environment where people could be treated as professionals to provide the best service saw immediate growth in TRIUNE’s customer base as well as in colleagues who wanted to join the team. 28 years later, having survived several recessions, and overcome many hurdles, TRIUNE Health Group was able to transition to the 2nd generation.  Christopher continues to stay on board to help guide and give input to the next generation. 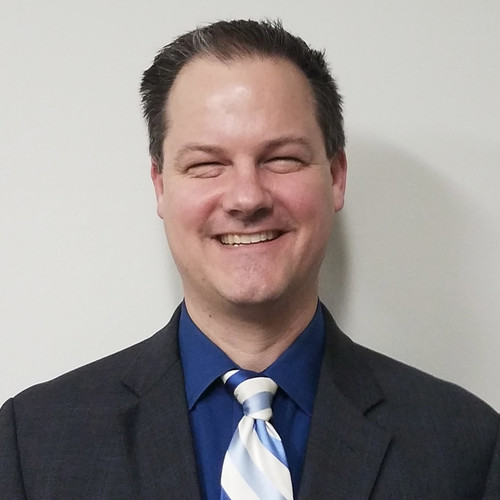 Scott Henschell joined the TRIUNE Health Group family in 2013 as our Human Resource Manager. He brings with him a sharp business acumen, which has proven itself time and again in helping serve TRIUNE Health Group and the team members well. Scott is a highly organized individual, who focuses on workforce efficiency. His calm, personal manner and acute listening skills allow him to work with all people and to understand them. In the past year, Scott has also overseen our Utilization Review product which has been both beneficial for his personal knowledge in the industry, and he has made great strides to continue its growth and excellent ROI for our customers. His desire for optimum customer service drives his activities so that all TRIUNE stakeholders are served well.

In his career, Scott has been involved in a successful family business, served as a private school administrator, and oversaw business management operations of three private schools. His accomplishments include restructuring purchasing agreements, unification of a diverse school community, and also served as an interim Executive Director of a private school. Scott and his wife, Jeanne, have 4 children and reside in the suburbs of Chicago. 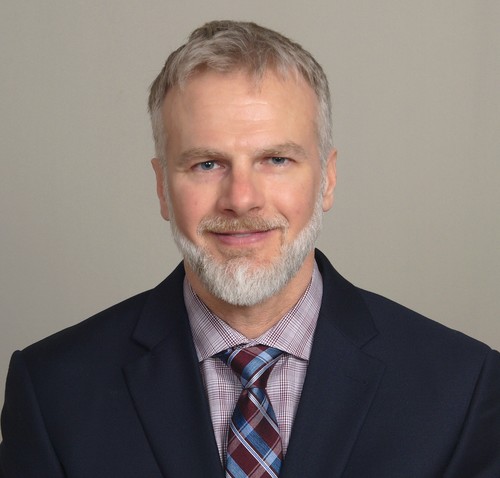 His educational background includes a Bachelor of Science in Nursing from UW-Oshkosh. Following college, Jeff worked in the clinical setting in Rehabilitation and Orthopedics which served as valuable experience before starting in Case Management in 1998. Jeff has worked as both a Telephonic Case Manager and Field Case Manager. He has been a Certified Case Manager (CCM) since 2005. Jeff began working in management in 2015 where he has been responsible for building relationships, overseeing daily operations, talent acquisitions, ensuring quality, productivity, customer and compliance requirements.

When employees are injured during the course of employment it can be costly, cause stress, anguish, and confusion. Jeff's passion is to ensure employee are receiving quality, cost-effective care while controlling medical costs. Jeff believes compassion, ingenuity, integrity, and customer service are integral to facilitate the best individualized treatment goals. Knowing that all cases are unique, Jeff utilizes his medical, technical and personal skills to provide top-notch service our clients can count on.

As a father of three active-boys, when Jeff is not in the office you can catch him cheering on his kids from the sidelines during their volleyball, football and baseball games or coaching volleyball at a local parish school. 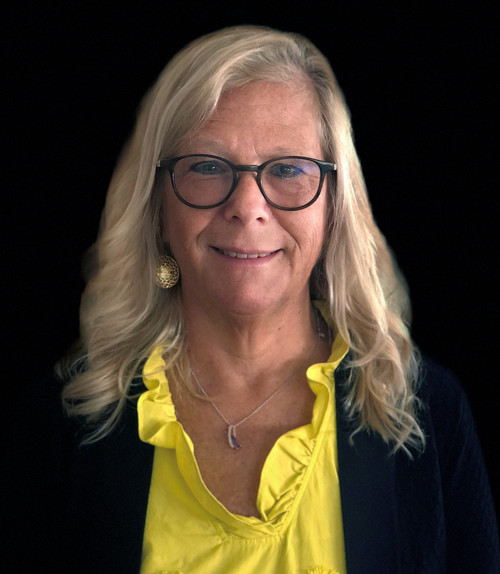 Sue Baxter-Pflederer received her degree in Nursing from Methodist Medical Center School. She has been a registered nurse for many years. Working initially in a clinical setting, she soon realized she preferred the challenge of specialty areas of nursing and worked in Medical Intensive Care, Coronary Care, Pediatric Intensive Care as well as hemodialysis.  In each of those roles, she worked as a staff nurse, preceptor and in a charge nurse role.  It was at that point in her career, she was tasked with establishing a hospital based organ donation and kidney transplant program at the largest downstate Illinois hospital.

Moving on from there, Sue Baxter-Pflederer was a successful medical equipment sales representative.  Lookinf to decrease call and overnight travel, Sue began working as a medical case manager for a large national company working on group health and workers compensation claims and obtaining her Certified Case Manager certificate.  Sue and her husband founded Medical Management Innovations, Inc. in 1997 where she was responsible for sales and marketing, new product development and supervision of the case management team.  She has presented educational offerings for nursing students, other case managers and adjusters.  She is a member of the Case Management Society of America.

With shared values, beliefs and purpose, Sue’s case management team assimilated to TRIUNE Health Group in the fourth quarter of 2019 followed by Sue joining the TRIUNE team in August of 2020.

Sue and her husband Rich have a grown daughter and recently began extensive traveling in their RV.  When she has down time, she enjoys knitting, outdoor activities, movies and getting to know their campground neighbors.